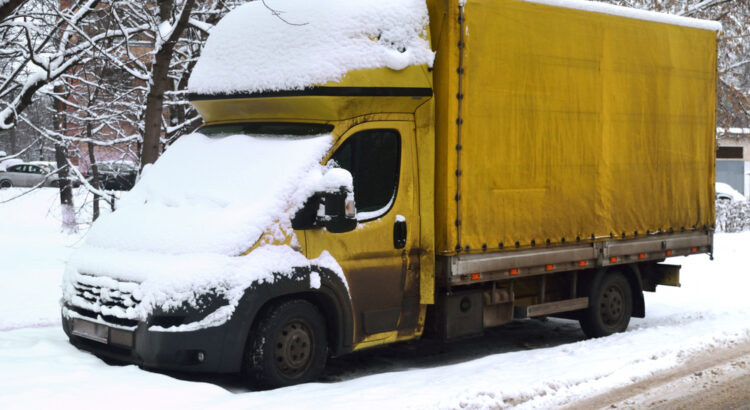 When you expect a package by expedite shipping, the last thing you want is stormy weather to be a factor. But unfortunately, Mother Nature doesn’t always cooperate with our shipping needs and can impact when our packages arrive. Read on to discover how stormy weather might put a kink in your delivery timeline!

The Importance of Shipping During Stormy Weather

Expedite shipping is a great way to ensure that your freight gets where it needs to be quick. But storms, strong winds and rough seas can pose a considerable risk for expedited shipping. To plan for delays properly, shippers must understand how severe weather affects their shipments.

Lack of visibility caused by severe weather can complicate expedite shipping significantly, as storms can cause planes, ships or even trucks to face significant delays or even turn back. Heavy rain, high winds and icy conditions are some of the most significant risks of stormy weather. Depending on the severity of the storm and its distance from your destination ports, shipments could take longer than usual to reach their intended destination, resulting in costly delays.

Heavy rains could also lead to flooding that affects your ports, grounding air shipments or preventing ships from docking due to rough seas or congestion at coastal ports.

Of course, storms don’t always spell disaster when it comes to expedited shipping, but they pose an inherent risk that should be considered proactively when plotting out routes and timelines for your shipment. Understanding the potential obstacles presented by inclement weather allows you to plan alternative strategies should you find yourself during a storm during transit — saving you time and money in the long run.

The Dangers of Shipping During Stormy Weather

Rainfall: Rain is a common occurrence during storms that can damage essential documents or paperwork such as bills of lading or cargo manifests. In addition, wet roads reduce friction, making it easier for carloads to slip off the road or jackknife under extreme conditions. Heavy rains also decrease visibility, making carriers more likely to have an accident due to reduced visibility in unfamiliar locations.

Lightning: Lighting strikes are another danger during storms since they could cause devastating fires if they hit a truck carrying sensitive electronic equipment such as computers or tablets. In addition, intense hail could potentially dent cargo containers if not adequately secured and strapped down, leading to damage once further opened at its destination point due to water seepage inside the container itself.

Wind gusts: Airplanes are particularly vulnerable during stormy weather due to high wind gusts, which increase turbulence in flight. High winds also make residential roads or highways very icy due to accumulated snow melted by the low temperatures, which increases the chances of having an accident while carrying out transport duties on the roadways.

Heavy snowfalls: During winter months, especially heavy snowfalls with extreme temperatures might cause frostbite on bare skin during delivery cycles such as pick-up and drop-off points, forcing drivers and employees out into the elements, so be sure that all shipments are double-checked before being sent since small mistakes can lead costly solutions later down the line if mistakes happen in cold environments due depending on location regulations some companies are responsible for lost shipments even because of weather-related issues outside of their control so double checking everything is paramount when facing inclement conditions outside during expensive freight shipment transportation maneuvers.

The Benefits of Shipping During Stormy Weather

expediting shipping, stormy weather can provide some unexpected benefits. While lightning and high winds can halt most transportation, that’s not always the case for perishable and critical shipments. Because the route of these shipments is often predetermined, they’re more likely to minimize their stoppage when bad weather strikes.

If conditions permit, knowledgeable expedited operators will brave the elements to deliver their customer’s freight as quickly and safely as possible. During inclement weather, dangerous back roads or winding mountain passes might be avoided in favour of straight highways with fewer turns—which means fewer interruptions and more on-time delivery.

Drivers and operators during stormy days are generally of higher quality than those who aim to finish their trips quickly as they feel responsible for your freight’s safe travel. When choosing carriers during storms, it is essential to research certifications such as CargoNet memberships and insurance coverage—this will ensure your goods are covered should something go wrong.

The value experienced personnel gain from operating through extreme conditions is invaluable for expediting shipment transportation. You can feel secure knowing that the crew handling your goods has had the best training and has proven themselves in hostile environments—making them a cut above the rest regardless of sunny or stormy skies!

The Different Types of Stormy Weather

Air friction and the rapid upward air movement between high and low-pressure areas create a storm. Rain and hail accompany thunderstorms due to condensation. Thunderstorms can delay or even cease transportation in certain areas depending on their severity. These storms are often accompanied by strong winds that render travel by land or sea hazardous or even impossible.

In coastal regions prone to hurricanes, high winds from these tropical storms can be incredibly debilitating to grounded flights and sea vessels alike until they subside.

Hurricanes generally cause extensive earth movements, including flooding due to rainfall. The storm activity left in the wake of a hurricane may create tornadoes that may form spontaneously several miles away from their epicentres. At the same time, they occur near routing paths employed by such expedited shippers.

At the same time, they occur near routing paths employed by such expedited shippers.

Winter weather also affects shipping routes due to freezing temperatures resulting in icy roads that bring traffic to a halt until thawed or cleared, leaving transport via land impossible in some cases leading to re-routeing shipping containers towards other less conventional paths if available for shorter periods.* Additionally, if the weather is freezing over an extended period which happens more frequently with polar vortexes which can take hold during cold months near the Northern Hemisphere winter solstice, containerized transport via road may prove unfeasible until temperatures permanently rise again**

The Impact of Stormy Weather on Shipping

Air Freight: Heavy thunderstorms and high winds can ground air freight operations, resulting in significant delays in transit times. Depending on the storm’s severity, some cargo carriers may divert their routes which can cause even more extensive disruption.

Alternatively, consider flight paths or methods during these weather events to help minimize any disruption to delivery schedules.

Ground Freight: Road closures due to severe floods or mudslides resulting from heavy rain and storms can hamper over-the-road deliveries. This could mean backtracking further than necessary to reach the destination if routes become blocked off with debris or road flooding occurs. Also, drivers may be more cautious in uncertain conditions, leading to slower driving speeds and longer travel times.

Rail Freight: Severe storms can cause periodic service disruptions on rail lines due to fallen trees and power outages, ultimately causing extended dwell times at each station and causing shipments already en route between stations to get delayed. Additionally, trains downstream may not want to go through flooded railroad tracks if they cannot be sure of safe passage; sections of the railroad further down from a drop-off point may need detouring around an affected area instead.

Boats & Railcars: Compared with other freight methods, such as airfreight or over-the-road shipping modes during heavy rains or storms, this type of transportation isn’t affected as severely since waterways pose less risk from extreme risk weather like wind gusts or turbulence that affects aircraft altitude stability.

The Benefits of Shipping During Stormy Weather!

Though it may seem counterintuitive, stormy weather can provide unexpected benefits for expedited shipping. Shoppers should be aware of the advantages so they can plan accordingly and use them.

First, heavy rains and strong winds can often result in lower demand for shipments in affected areas. When demand is lower, shipping prices are generally more competitive, and delivery times are faster than usual. This is because carriers have fewer orders to worry about and more capacity to handle each one – thus offering consumers low delivery rates as an incentive for choosing their services.

The Impact of Stormy Weather on Shipping

Stormy weather can be inconvenient and dangerous to drivers, pilots and cargo handlers since it can increase visibility. Moreover, strong winds can cause trucks to overheat or spin wildly off the highway, slowing shipments and disrupting business plans.

Meteorologists and transportation companies often make contingency plans ahead of time. Such as re-routing drivers from parts of the country with inclement weather or loading planes with extra cargo. Before it arrives, however, severe storms remain unpredictable for most shipping companies.

C5 knows no one can help in this kind of weather situation. However, years of experience and a nationwide network can help you to ship your shipment safely as soon as possible!  Contact us to see how fast we can ship your item in intense weather.